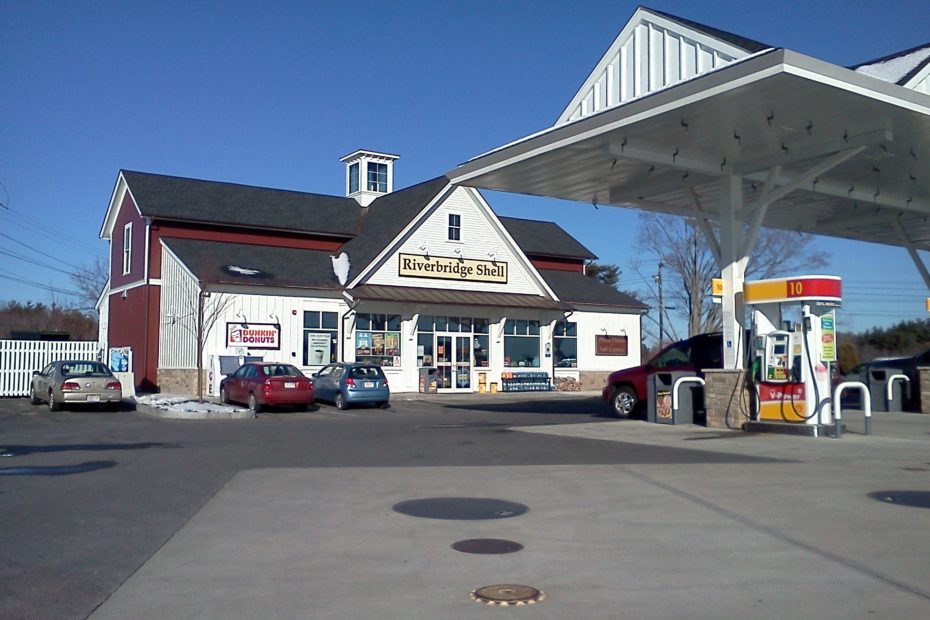 Riverbridge, the new mixed-use community village being built at the rotary in South Berlin, welcomed its first new tenant. As of Friday, May 19th, the community of Berlin finally has a new gas station. The first Riverbridge building, Riverbridge Shell, is owned and operated by Nouria Energy of Worcester Massachusetts. They operate more than fifty gas stations and convenience stores in Massachusetts, Maine, New Hampshire, and Rhode Island. The store is 3,500 square feet and is conveniently located just off of route 290 and just beyond the Solomon Pond mall.  The gas station has ten pumps located at five double-sided pump stations.

A prominent feature of the convenience store is a new Dunkin Donuts on the left side of the building. In addition to traditional convenience store goods, there are several food options at Riverbridge Shell. The Pizza Primo section features freshly made pizza. The sub station offers three flavors of boneless chicken wings and several types of sub sandwiches including Philly cheese steak, grilled chicken, and meatball sub.   The stone patio behind the store has tables and chairs and is a convenient lunch break location. According to Matthew Senie, owner and general manager of Riverbridge, a gas station was the obvious first tenant as there are no convenience store gas stations within the immediate area. We chose Nouria from a group of several potential tenants based on their track record of running clean, quality stations throughout New England.